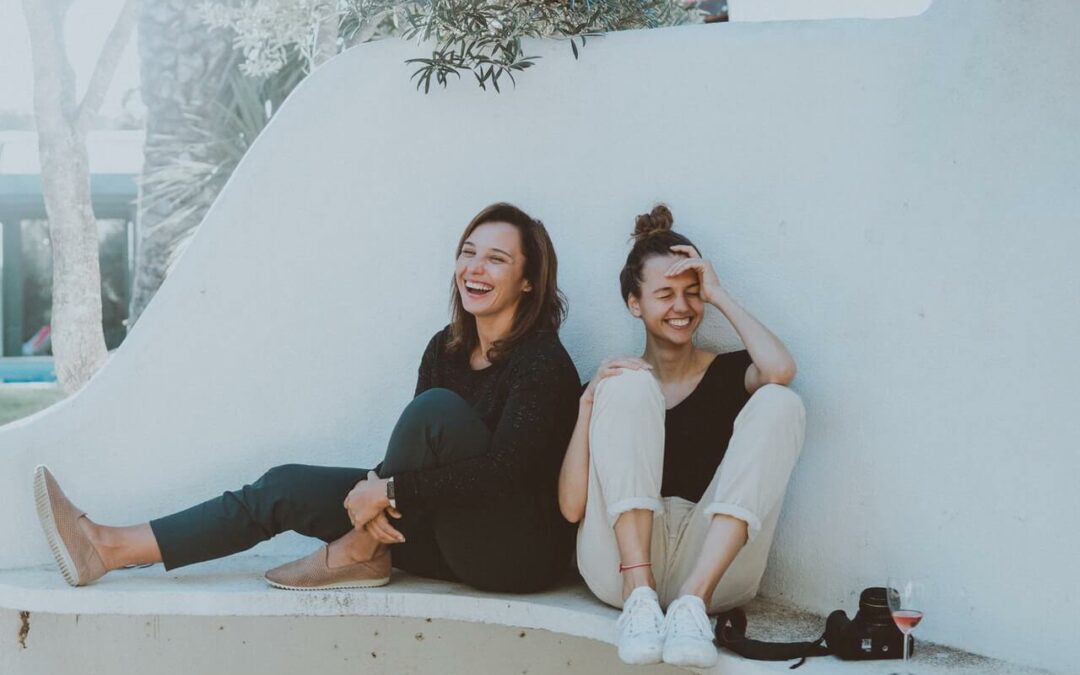 How did it begin?

One lady, let us call her Helena, had a problem, which drained her energy, and there was no solution in sight to set herself free from the vicious circle she was in. What would I do? How would I solve this? Mrs. Helena wondered, but over time she began to realize that she would not be able to cope with the problem herself, as it was all terribly tangled. So she went to an expert and entrusted him with finding a solution. He listened to her, understandingly, and while incomprehensibly nodding sometimes, and then he advised her to do this and that.

Helena went home in a much better mood, relieved that she could tell someone how she felt, and the world suddenly seemed like a pretty good place to live.

Our unsolved problems have the power to catch up with us, but Helena thought that she left the problem with an expert, but in time found herself miserable again.

Helena thought that just like having a headache, she goes to the doctor, he examines her and prescribes a medicine, which she takes then gets fine. But in this case, Helena’s efforts were inversely proportional to the result. No pills or instant advice apply to common human problems. No one can see into your head, no one can know your situation better than you, and consequently no one can give you better advice than you can advise yourself! But in a situation where we deal with our personal affairs, emotions are involved, and they completely block the part of the brain that should respond sensibly. In such situations, our abilities are limited to the reactions we have learned during childhood.

Unfortunately for us, these formulas may apply at home, but outside the family they may not work with other people. Meeting a person who just “buy-into-it” always brings us tension.

Coaching is an effective method of handling a problem, once and for all. What we want to achieve is important for coaching, and it is often what we fail to achieve in the ways we have learned. It helps us find a new path that will lead us to our goal. So the bottom line is first to find what you want then how you get it. It sounds quite simple, but it can be quite tricky, especially in those emotionally tense situations, which are all the things that do not go according to our initial ideas.

To give another example, Mrs. Marcela worked as a secretary for a law firm, which went well. She liked how she learned to pursue details beautifully and she liked reading and enjoying a story from the courtroom, every now and then. But over time, she realized that she didn’t feel as satisfied as before. The work was no longer “giving” her as much as it often did.

The conversation with the coach, recommended by her friend, began with Marcela complaining about work. That she didn’t like it, how it was still the same, and that she wanted a change. Her problem was finding a better job, where she would feel more useful, but she didn’t know how to do it. The coach listened to Marcela for a while, then asked her a few questions that are an integral part of coaching, and after a while it became clear to her: She didn’t really want to change her job, but when her neighbor bought a new car that she couldn’t afford herself. Marcela realized that she was in need of more money and this made her feel miserable at the workplace, where she had once enjoyed. The real cause of her dissatisfaction was found, as well as a new goal – a higher salary.

Together with the coach, they looked for ways to talk about a better salary with her employer, without the “ready-made-solution” of wanting another job. She did not have to change what she enjoyed. Sometimes, the solution in the place where we would least expect it. We are only able to find it in cooperation with someone who will really see what we really want to be satisfied with, in order to help us get rid of the real problem.

If the right goal was not found, Marcela would simply continue to focus on finding a new job, change between jobs, but with no satisfaction. Instead, working on herself, gained her a little more confidence and especially the courage to ask for a higher salary. And she really managed to convince her boss that it was worth paying her more.

Coaching, especially systemic one, works with the idea that every family or other unit (workplace, team, etc.) works according to established rules – systems that have become unwritten rules – and those who belong to the unit behave according to them. It is not easy to disrupt such a system, because when you deviate from your normal reaction (the one you are used to), members of the unit may react confused, more or less surprised, but most of all they will usually try to get you back on track.

That is why it is so very difficult, for example, to lose weight permanently. If you take the path of an instant solution, put on a diet, lose weight and then continue to live your life, you will just regain weight. In addition, others are willing to tolerate that you have been on a diet for a while, but if you declare that there are no burger joints for you from today, it can be quite annoying for your friend, who likes them so much and who will do his/ her best to take push you back to those places again. “Come on, it won’t kill you for once, or whatever you fool, you don’t want to be skinny like those models, it’s not even nice.”

But these are just such simple systems that concern us and our lifestyle, it is worse when the system is of family or work, where it concerns people not burger sandwiches! Usually we want others to behave differently from how they behave, because we don’t like their current behavior. We don’t like that the husband doesn’t talk to us, that our boss overlooks us at work, that our mother-in-law interferes too much in our lives, and we really want them to change and start doing what we really want from them. Sometimes we just don’t even know what should change, but we know that something should be different, because the way it is now, it doesn’t suit us.

Only a few brilliant therapists, who practiced on how communication works in families, have discovered that there is no need to work with whole families, all members or the most problematic people, but actually with any of them, because even one person, as one member of that family system, has the power to influence the behavior and reactions of others. You can’t just cry over how impossible it is to deal with a family member who is just not talking to you at all, because that responsibility is actually yours! If something does not suit your behavior, change it and others will have to react to your transformation sooner or later.

But how and what should we change to so that it leads to the result we imagine? And most importantly, how do we stand up so that we do not succumb to the pressure of the environment and get bogged down in the old way of acting? A coach can help you a lot. Together you will look for what is the change that will be good enough for you and what you will have to do to make it, as well as how. The main work will of course be up to you, and because every change “hurts”, you will not have it easy. Let the reward be that the change will then be permanent.

From the circle of family therapies, this method spread to the company environment in the 1990s and enjoys the ever-increasing interest of managers and all those who want to further develop and work on themselves.

Coaching provides such tailor-made solutions that you can sew yourself with the help of a coach. And you may not even believe that a coach can be a complete stranger to the field you work in, and yet he can be useful to you. As I wrote above – a coach works with a system in which you move and you are the expert, aren’t you?

One of the interesting things about the month of January, is that it is that people set various resolutions in it, which they try to follow, more or less. A resolution is actually a desire to change something. If you really mean it and want to change, but you are still unsure of what and how, then visit a coach. What is better than spending some few hundreds on a fortune-teller to tell you what will happen in the future, is to order coaching and be able to influence your future to follow your image of it.